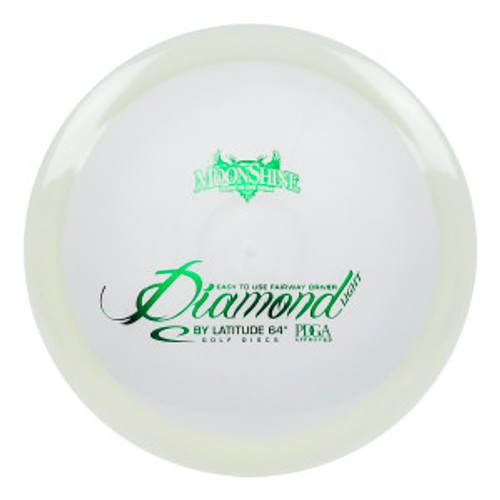 Diamond Light is the choice of disc for beginners, children and people who don´t throw very far. It is produced only in weights between 145g-159g. which makes it easy to throw and control.  It has an understable flight path with good glide and small fade.

For some models in Opto and Frost plastic we have added a translucent material and those discs will glow in the dark. For playing disc golf during night time all you need is to pick up your flashlight, or any other strong light source, and charge up the glow properties of the plastic so that you can find your disc even on nights when the Moon doesn’t Shine.