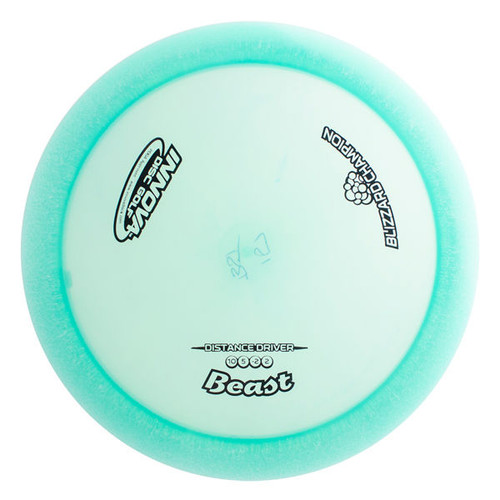 The Beast was issued in the era of the wide rimmed driver. The Beast was an instant classic when it was released; giving players more distance using less power. The Beast's high glide, high speed and high speed turn all combine to give big distance. It is suitable for beginners and pros alike. The Champion Beast is endorsed by two-time World Champion Barry Schultz.

Our new Blizzard technology incorporates thousands of microbubbles into our durable Champion plastic. This results in high speed, premium plastic drivers in weights all the way down to 130 grams! Blizzard discs discs fly with almost the same stability as the equivalent model 20 grams heavier. Models under 140 grams are light enough to float in water! The Blizzard Champion Line has been adding distance for both pros and ams. The Blizard Champion Boss currently holds the Distance World Record at 255 meters.

This product is warranted against manufacturer's defects in materials and workmanship.
×