Can’t find what you’re looking for online? We have heaps more product in-store.
Give our team a call or chuck us an email and we’ll get you sorted! Ph: 021 0455 632 | email: [email protected]

FREE SHIPPING ON ORDERS OVER $119* 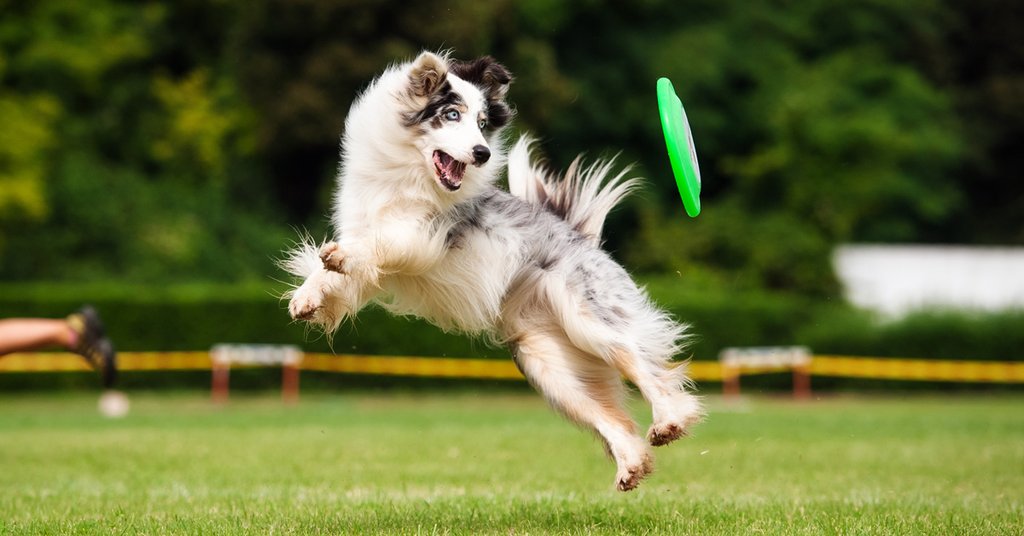 Dog Disc (commonly called Frisbee dog) is a dog sport. In disc dog competitions, dogs and their human flying disc throwers compete in events such as distance catching and somewhat choreographed freestyle catching. The sport celebrates the bond between handler and dog, by allowing them to work together. The term "disc" is preferred because "Frisbee" is a trademark (held by Wham-O) for a brand of flying disc.

The sport got its start in the early 1970s, paralleling the rise in popularity of Frisbee sport. The definitive moment came on August 5, 1974 when Alex Stein, a 19-year-old college student from Ohio, and his dog, Ashley Whippet, jumped the fence at a nationally broadcast baseball game between the Los Angeles Dodgers and the Cincinnati Reds. Stein had with him a couple of flying discs, which he threw for the dog. Ashley astonished the crowd with his disc-catching, as he ran up to 35 miles per hour (56 km/h) and leaped 9 feet (2.7 m) in the air to snag the disc. The stunt was so novel that the game was stopped and Joe Garagiola continued to announce the flying disc action on the field. Finally, after eight minutes, Stein was escorted off the field and arrested. The nationally televised exhibition of Ashley's skill did much to fuel interest in the sport.

Teams of one person and one dog compete in the standard distance "toss and fetch" event. Points are awarded to the team for catches at varying distances.

Divisions in disc dog events are usually based on the skill and experience of the handler. Men and women generally compete in the same divisions for all disciplines, although the long distance category is sometimes divided by gender.

Short distance events go by many names, including toss and fetch, mini-distance, throw and catch, and distance/accuracy. The concept is generally the same. Contestants have 60 seconds to make as many throws as possible on a field marked with increasingly longer distances. The distances generally don't exceed 50 meters for the longest catches. Dogs are awarded points for catches based on the distance of the throw, with mid-air catches rating extra points (in most contests an extra half point when the dog is completely airborne for the catch). Only one disc is used for these events.

Freestyle is a subjectively judged event, similar to Freestyle events like skateboard and snowboard half-pipe, or Freestyle Footbag (Hacky sack). The team consists of one person (handler) and his or her dog. Depending on the event, the length of a routine might be anywhere from one minute and 30 seconds all the way to three minutes. Teams are judged in categories that include Canine Athleticism, Degree of Difficulty, Showmanship, and so forth. Incredible flips, hyperfast multiple catches, and spectacular vaults make freestyle a popular event with spectators, and it is regarded as the highest level of competitive accomplishment.

The QUADRUPED was an NFL draft day competition held in April 1996 for the Jacksonville Jaguars. This competition format is older than all other disc dog competition formats other than the Ashley Whippet and the FDDO formats. Originally a halftime show for football games with four frisbee dog teams competing to be the last team standing. It turned into an open competition where many more than four teams were able to compete. Today we have The QUADRUPED Series, a group of competitions that are a points championship in the United States. The popularity has been so great within the frisbee dog world that it has spread to Europe where it has occurred in several countries.

There are no products listed under this category.